After breaking camp at Bridge Creek, I climbed uphill to Rainy Pass. There were a few low clouds, but blue sky above and it looked like the storm had moved through. 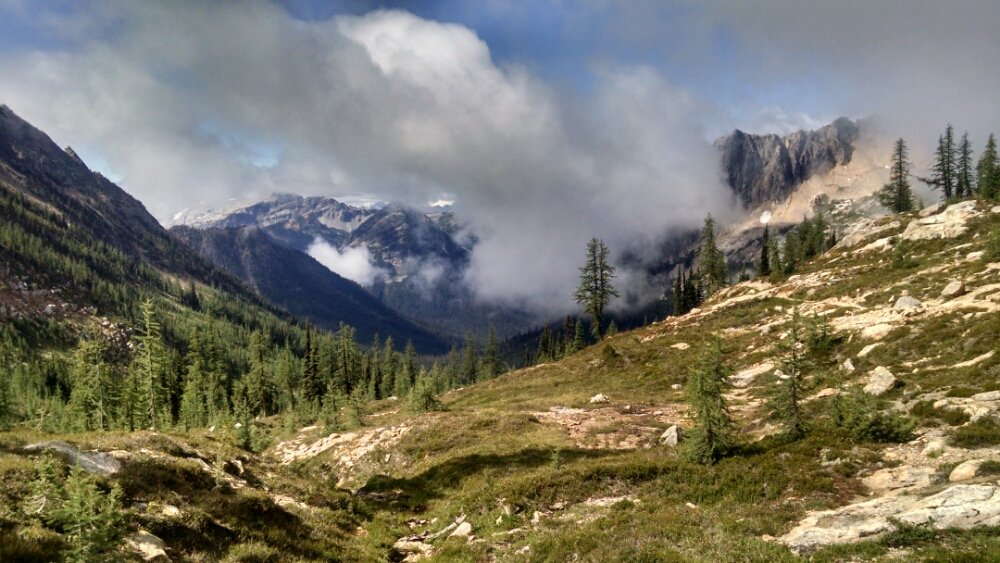 After Rainy Pass, I continued the 2500′ climb up to Cutthroat pass, where I stopped for a break. The view was, once again, stunning and I soaked in the sunshine and peacefulness. 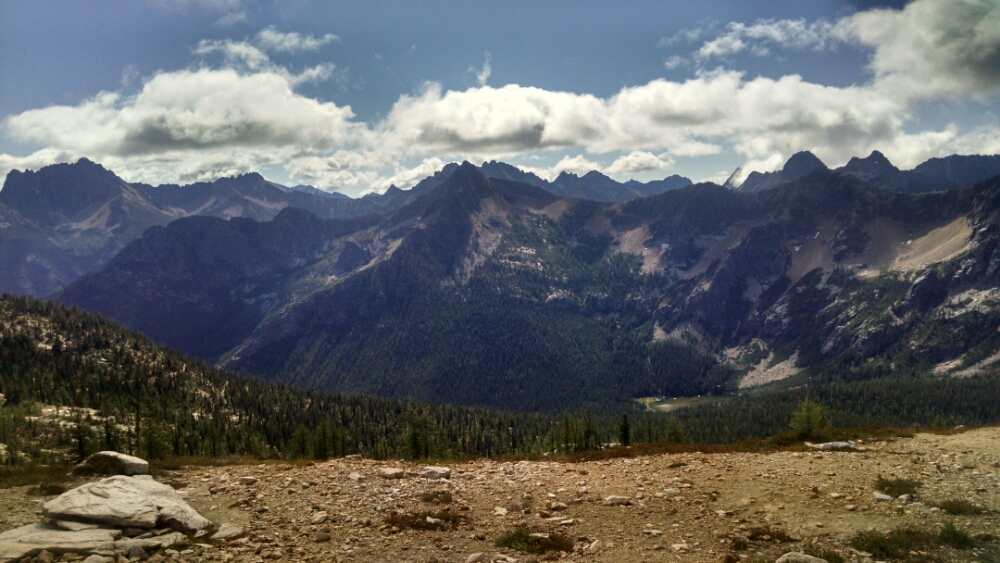 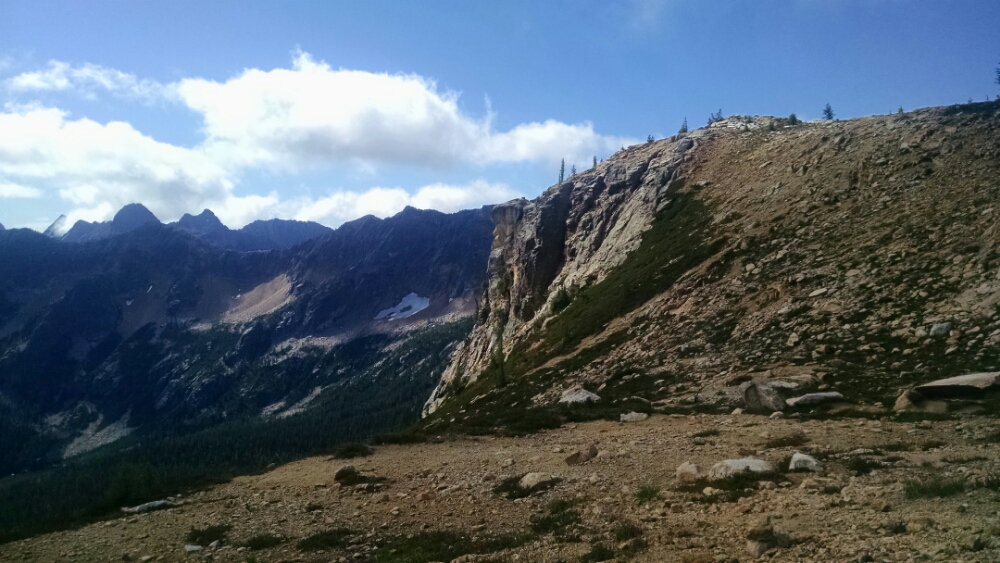 From there, I contoured around the side of several mountains and with each turn I was greeted by even more amazing sights. 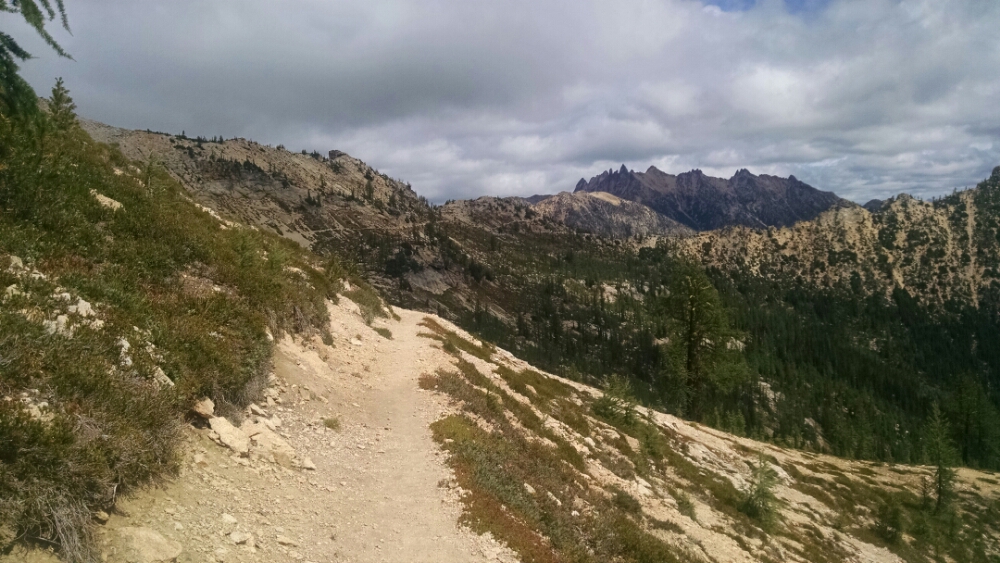 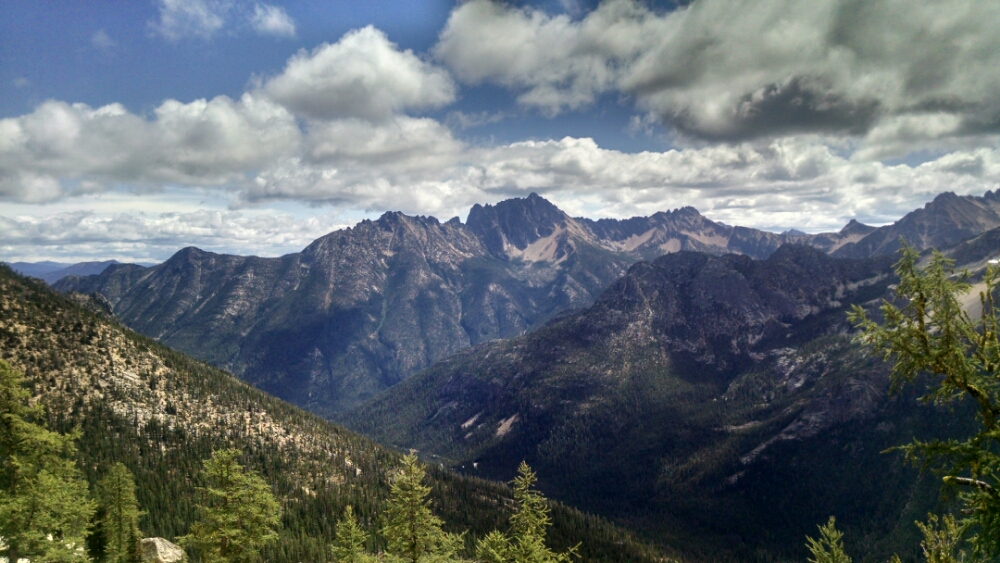 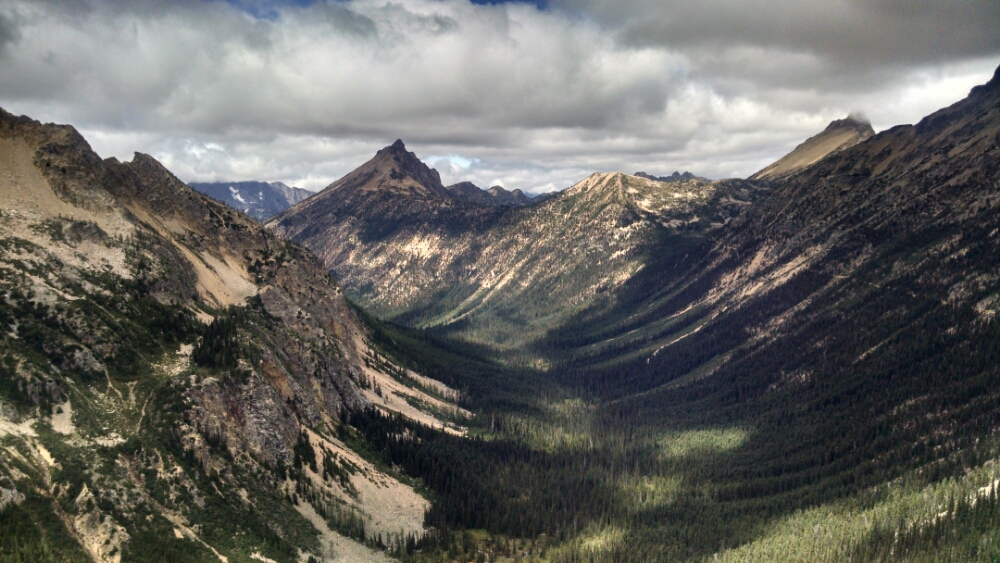 Everywhere I looked was another U-shaped valley with peaks rising on all sides. You could easily imagine the glaciers carving their way through the area. Not since the Sierras had I seen anything so spectacular. My breath was taken away every other moment. It was like a part of heaven. 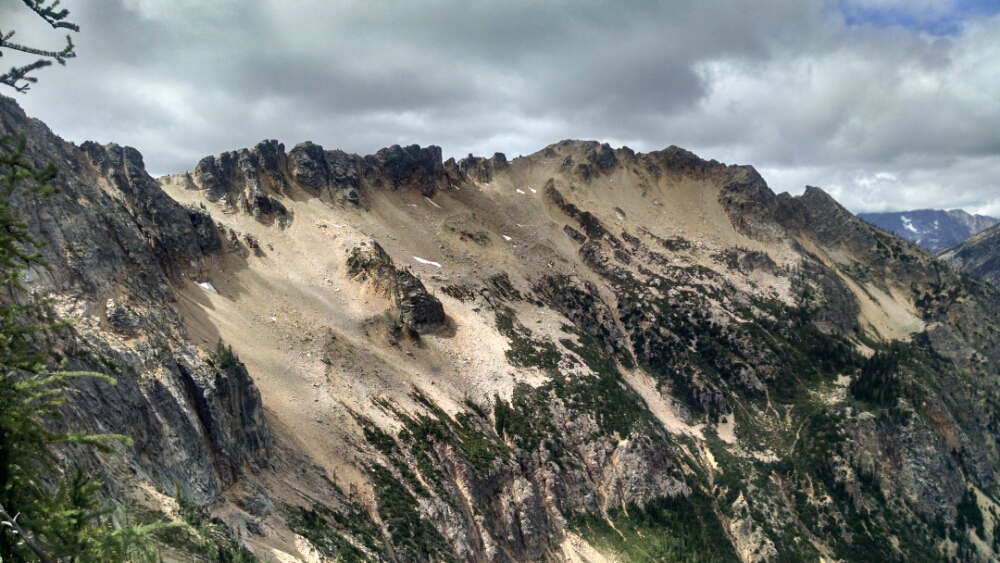 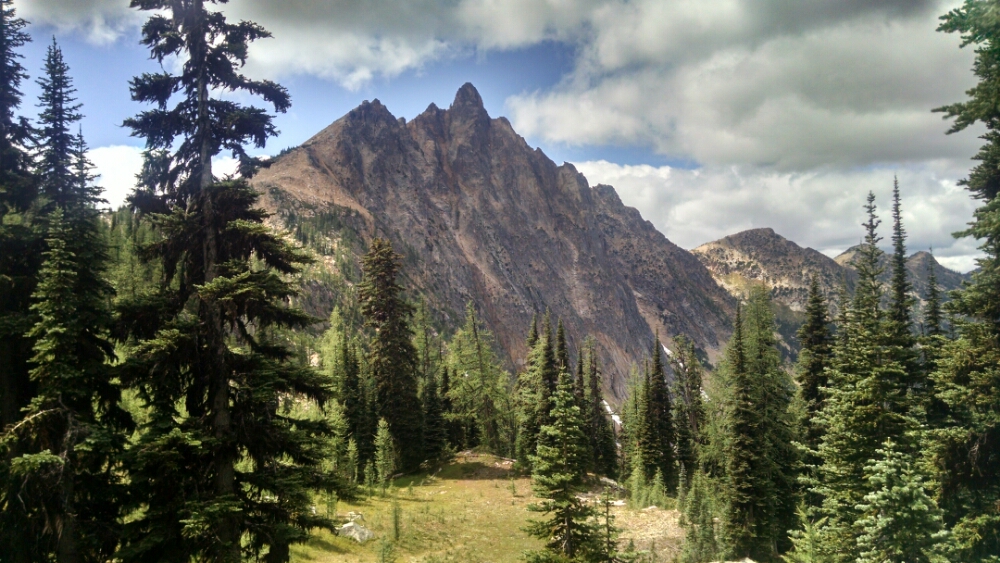 Eventually I stopped contouring and dropped 2500′ to a valley floor. But of course there’s no flat places in Washington and I almost immediately started up another mountainside. 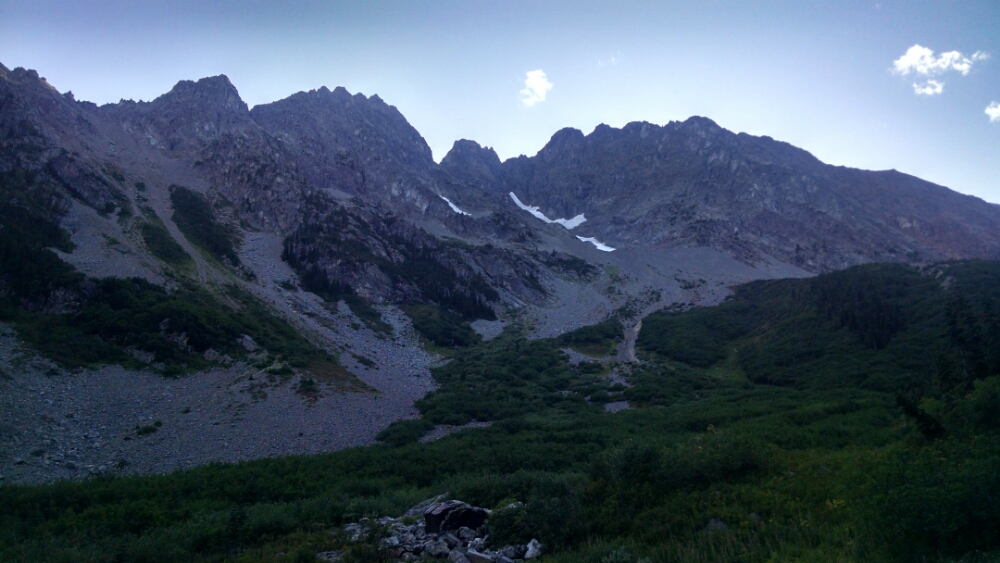 I stopped hiking after 24 miles because according to my maps there weren’t any campsites for another 10 miles and I didn’t want to get stuck on a narrow ridge in the dark. I camped by myself at Glacier Pass and enjoyed the hours of daylight left that day. I was at mile 2610 and had fewer than 50 miles to go! I would be done in less than two days!