August 3 marked four months on the trail for me and I only had 150 miles to go. Of course, there was that fire closure, ever in the back of my mind. I still didn’t know what to do but had another day to figure it out.
From my camp by the creek I went gradually down hill into a valley. Across the other side I could see a series of switchbacks and I knew that was where I was headed. It took a long time to reach the river that marked the lowest point and I had a lot of fallen trees to scramble over or under and a broken bridge to cross. 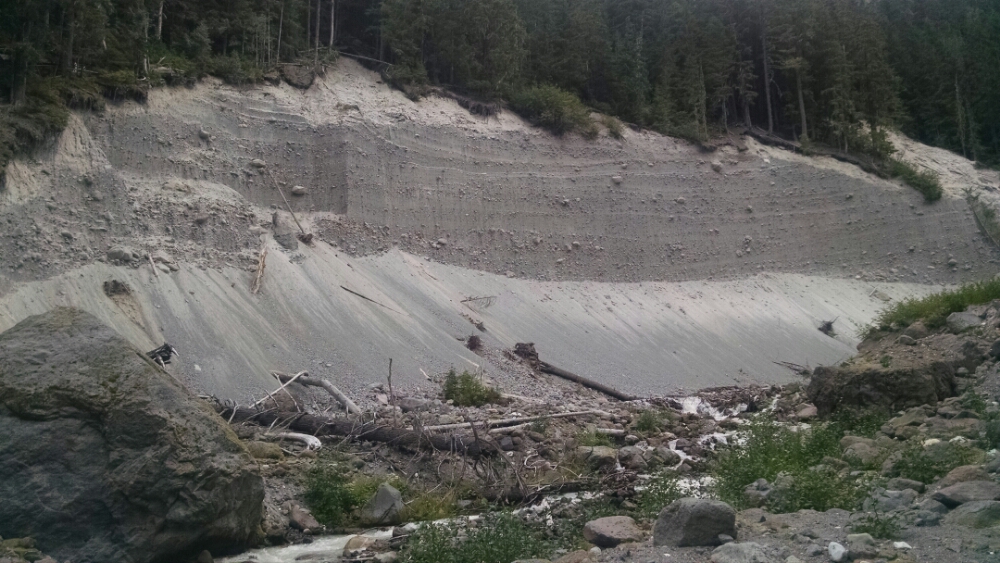 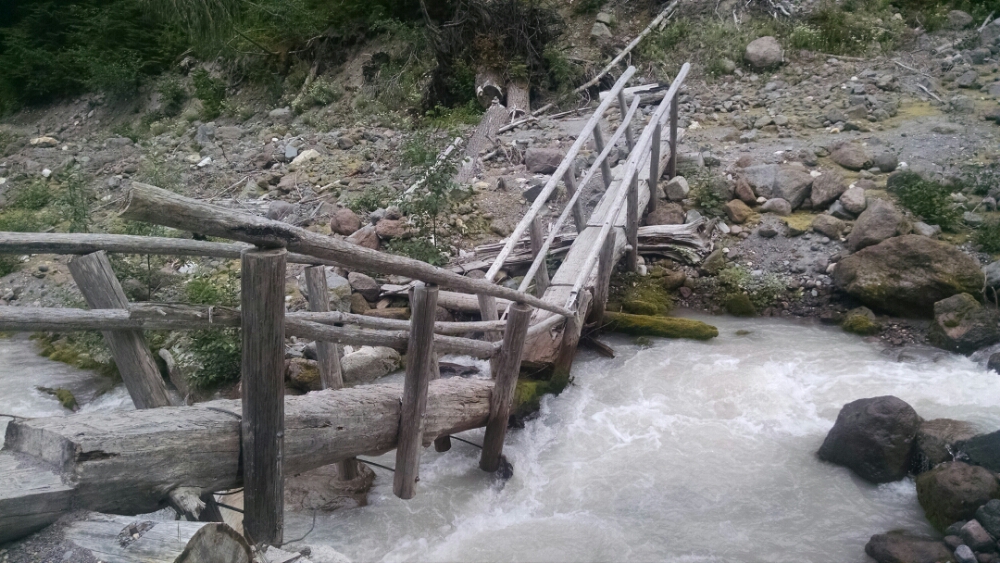 And then I had 2700′ of elevation to climb up the other side of the valley. It was warm and humid, but up on the mountains I could see glaciers! 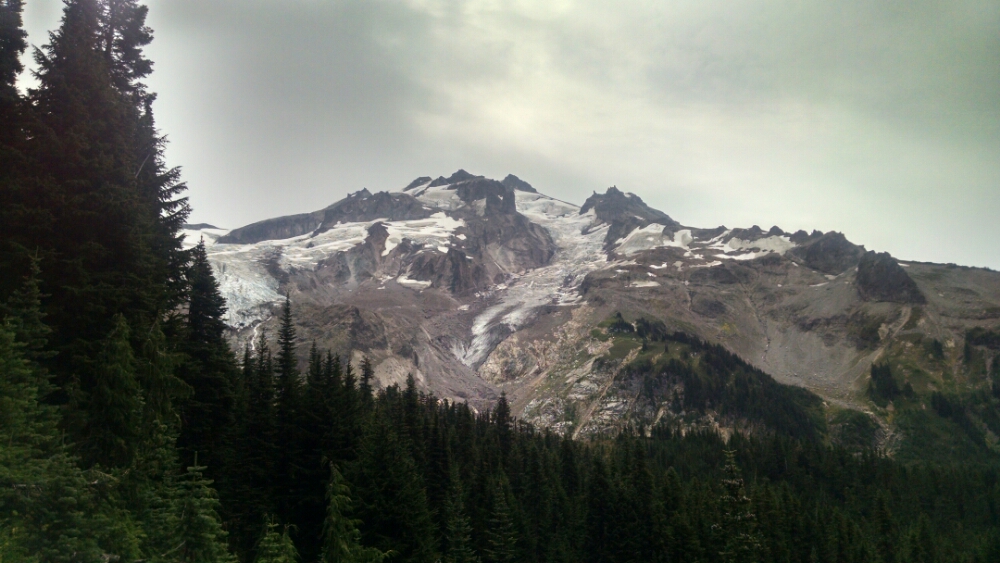 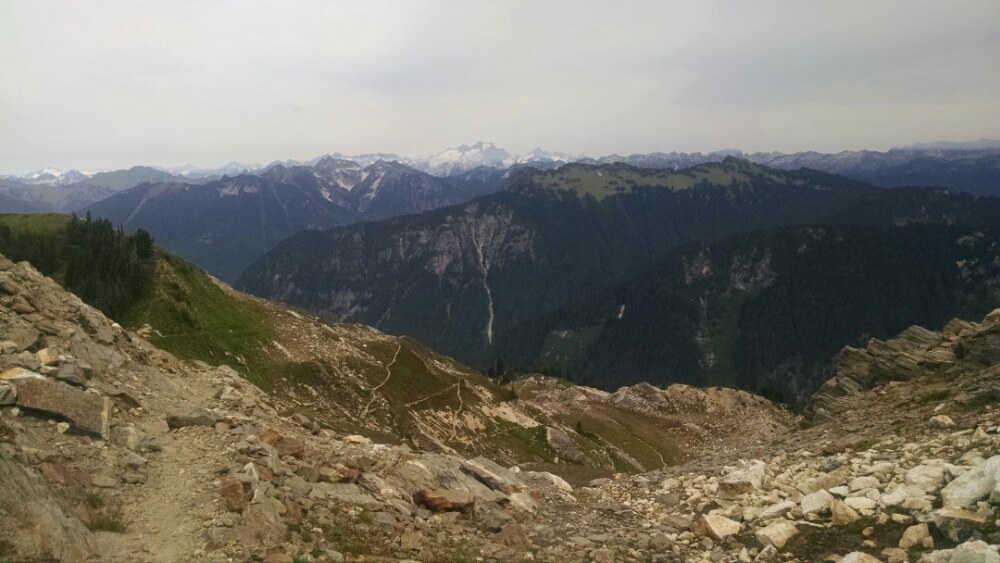 How I wished for some ice cold water then.
It had been cloudy all day and I wondered how much of it was clouds versus smoke from the nearby fires.
By mid afternoon I had made it to the top of the mountain and looked down the other side. 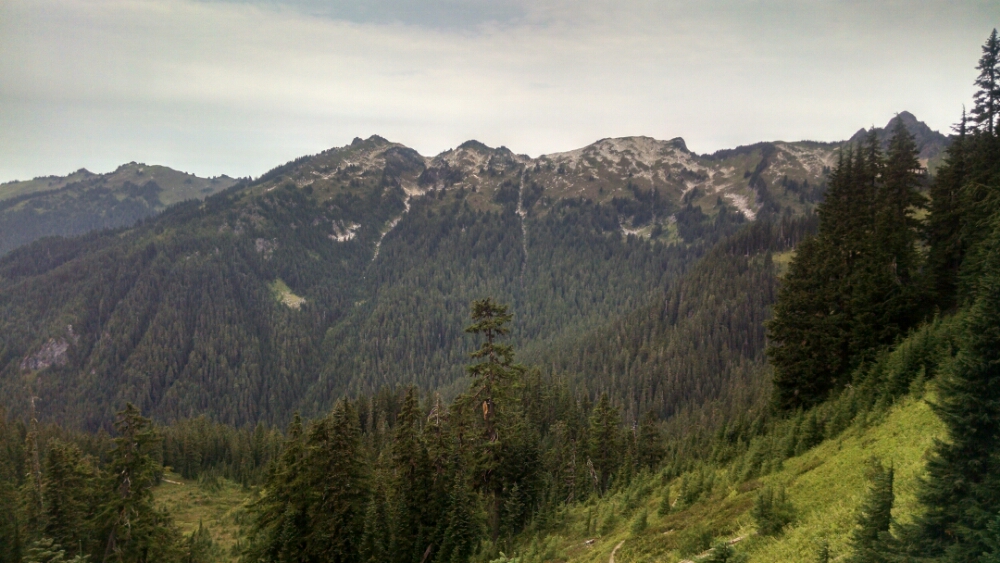 As I descended I passed Mica lake, which was much too cold for swimming. 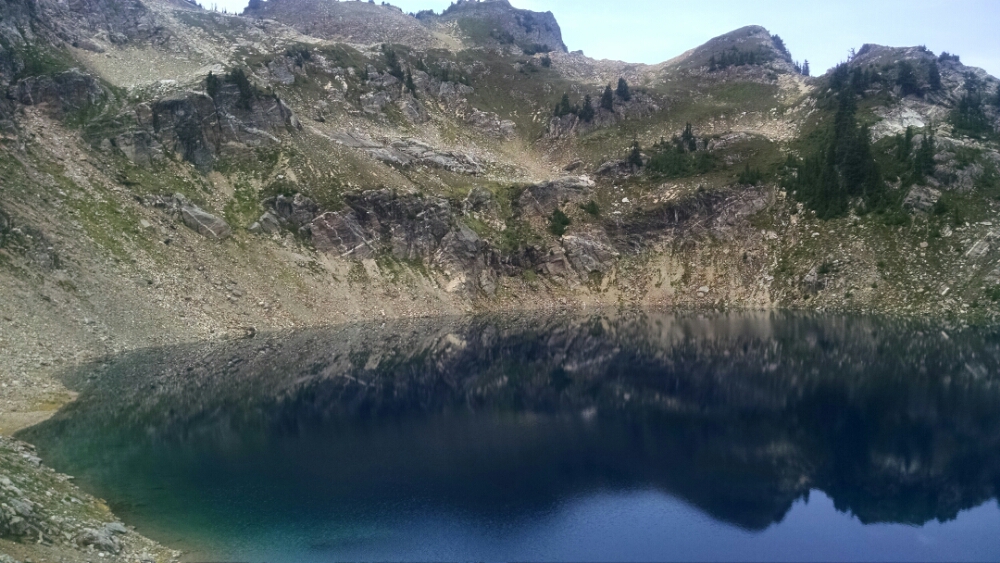 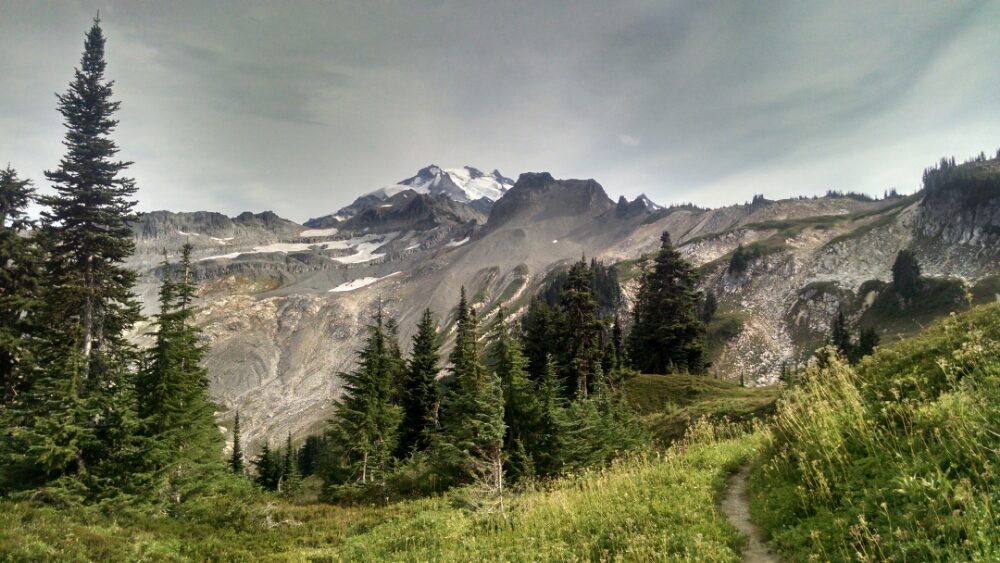 There were high mountains all around and I marveled in every direction I looked.
I had gone 2,700′ up and now I had 2,500′ down. The trail was good and it was fast going so that I passed my originally intended campsite and pushed on a few more miles. Just when I was getting tired and knew I didn’t want to hike anymore, a small, unmarked campsite appeared and I thanked the trail Gods for providing once again.

One Response to Four months