While in town, I got some information about a wild fire near the PCT. 15 miles of trail was closed just south of Stehekin, my next and final resupply location. There was good information about the fire detour, which went through the small community of Holden. I downloaded a map and written directions. The detour added 15 miles and nearly 3,000′ to an already tough section, but it was the only option.
I set off from Stevens Pass at 4 pm and actually had a few flat miles to travel. Those were the only flat miles for the next 100: between Stevens Pass and Stehekin, the trail would gain then lose nearly 20,000′, which meant constant up and down hills.
That afternoon I climbed up over a ridge and descended into a bowl and camped at Janus Lake, almost 10 miles in. 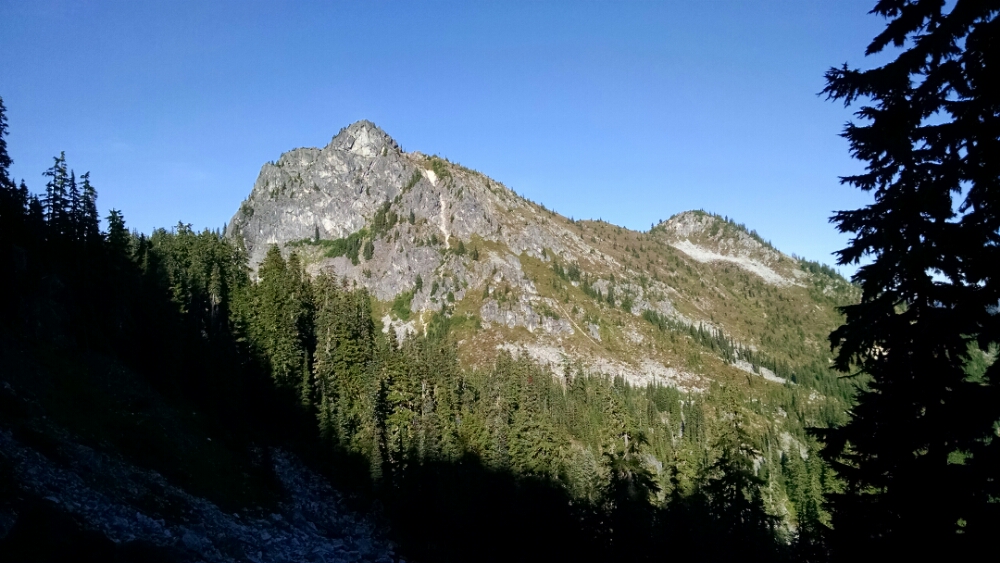 The next day I continued up and down some ridges, getting a view of Glacier Peak in the distance, and had lunch at Lake Sally Ann. 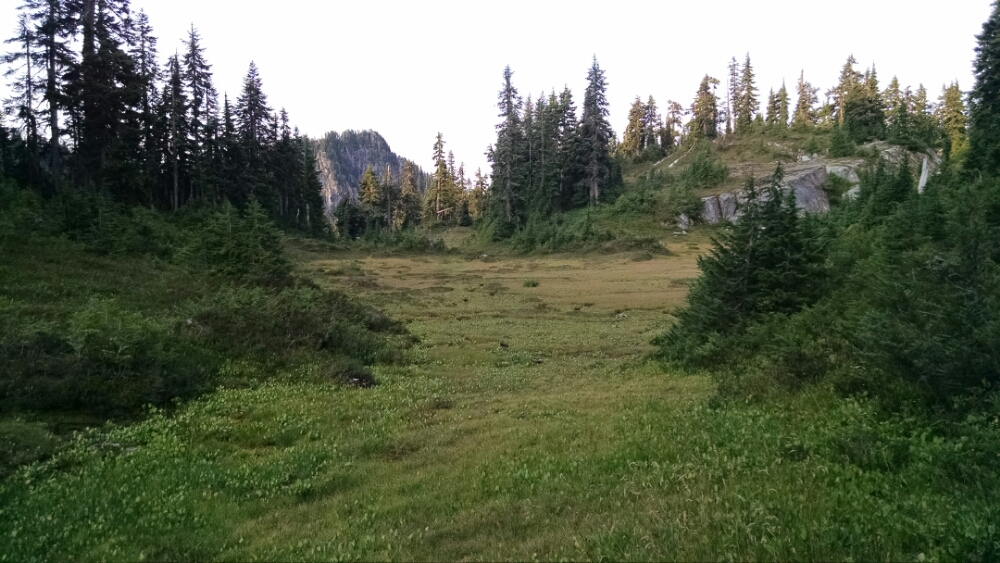 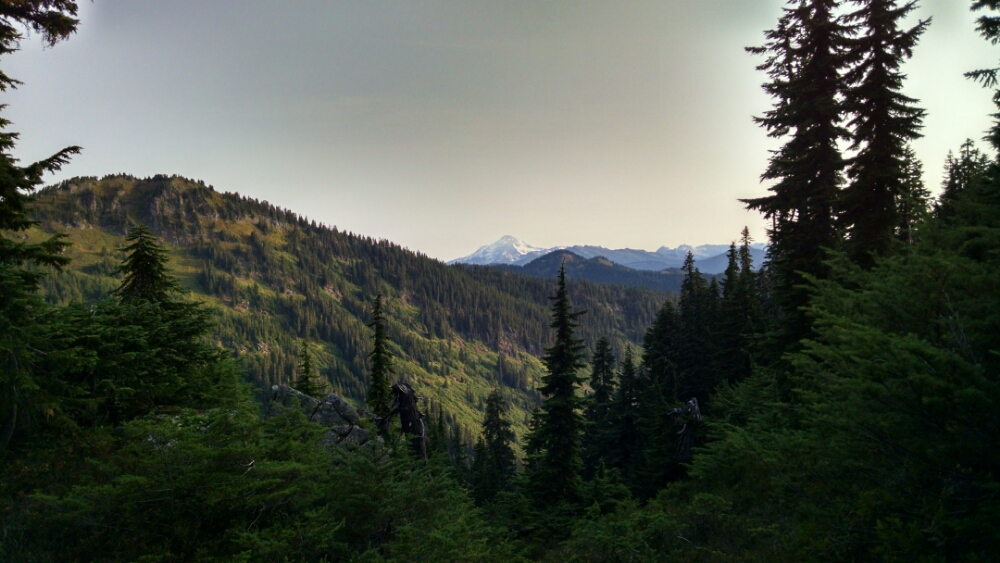 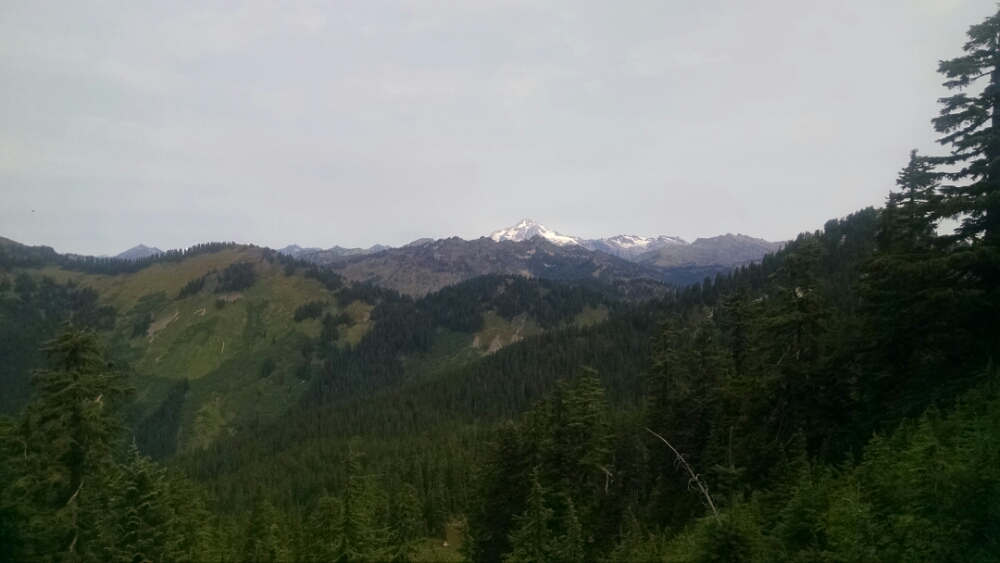 While resting, I chatted with two other section hikers and they told me that the detour through Holden was now also closed due to a second forest fire in the area! I was so bummed. I had made it through California and Oregon, which were much drier, without any fire closures and I was hoping to complete my continuous line from Mexico to Canada with no problems. Now here I was just 150 miles from the border and it looked like I would by stymied.
I worried about the closure constantly the rest of the day, wondering what to do.
After leaving the lake, I crested a pass then dropped down into a huge bowl, with amazing views all around. 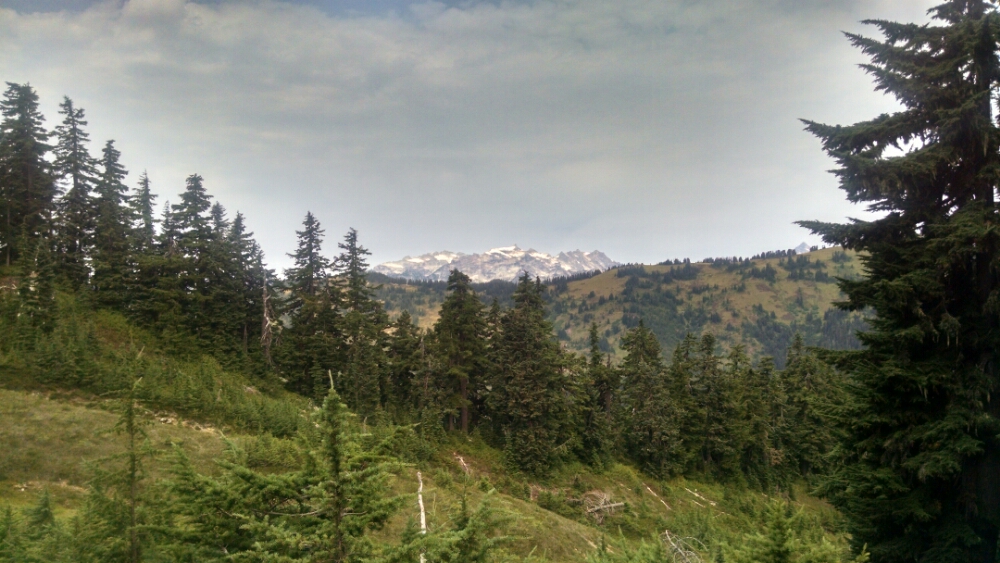 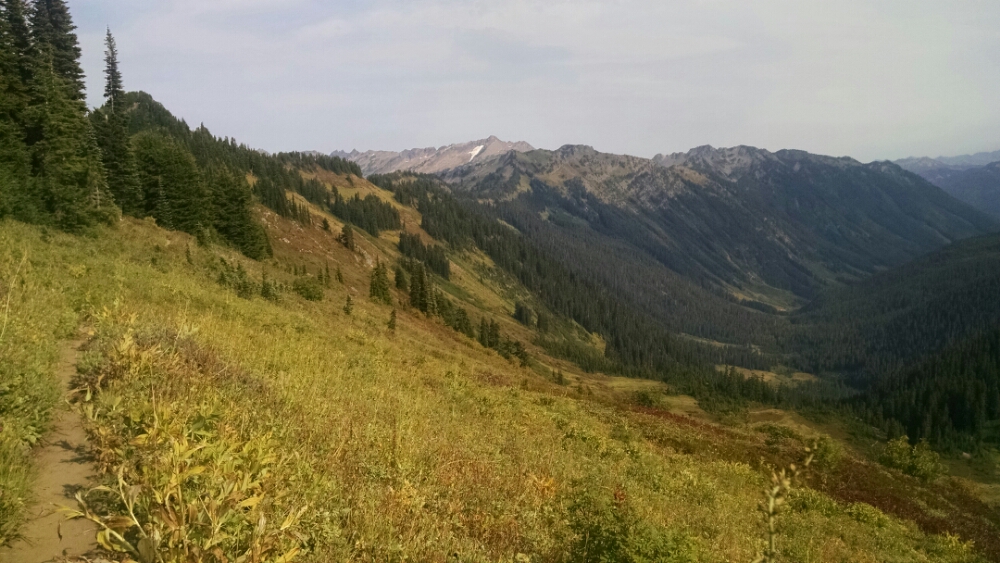 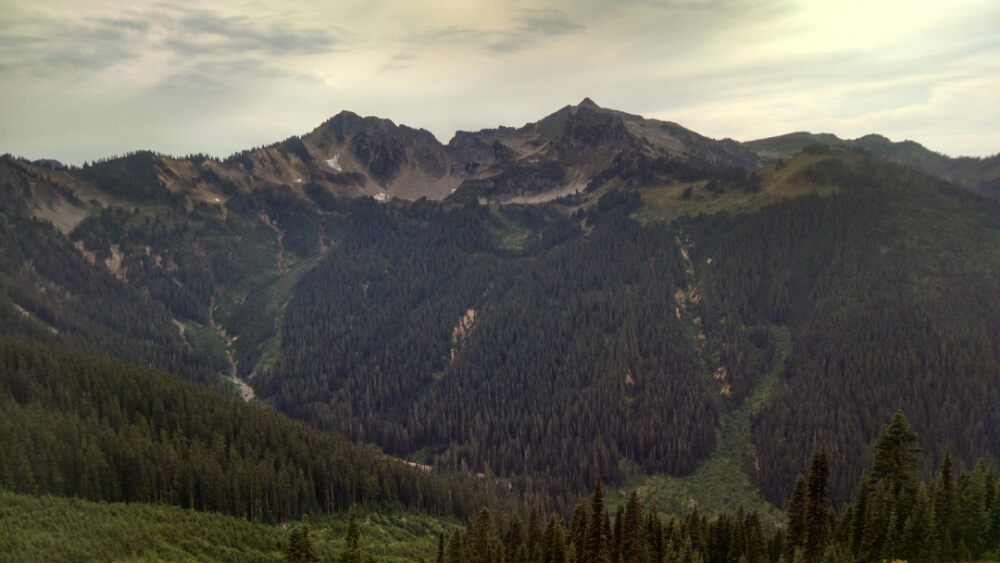 There were few trees nearby, just a lot of grass and shrubs. And there were marmots everywhere! Unlike the completely brown ones in California, these had white backs and brown tails. They make a high pierced whistling sound when alarmed which is startling when you are used to silence. 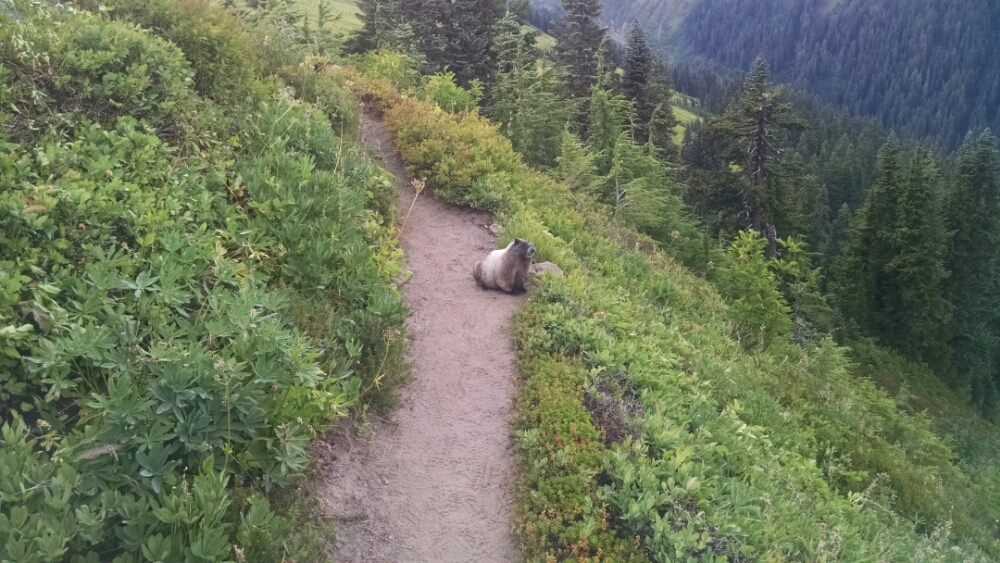 I was feeling good and had a lot daylight left so I made it down the bowl and over the next ridge to the 2,500 mile mark. 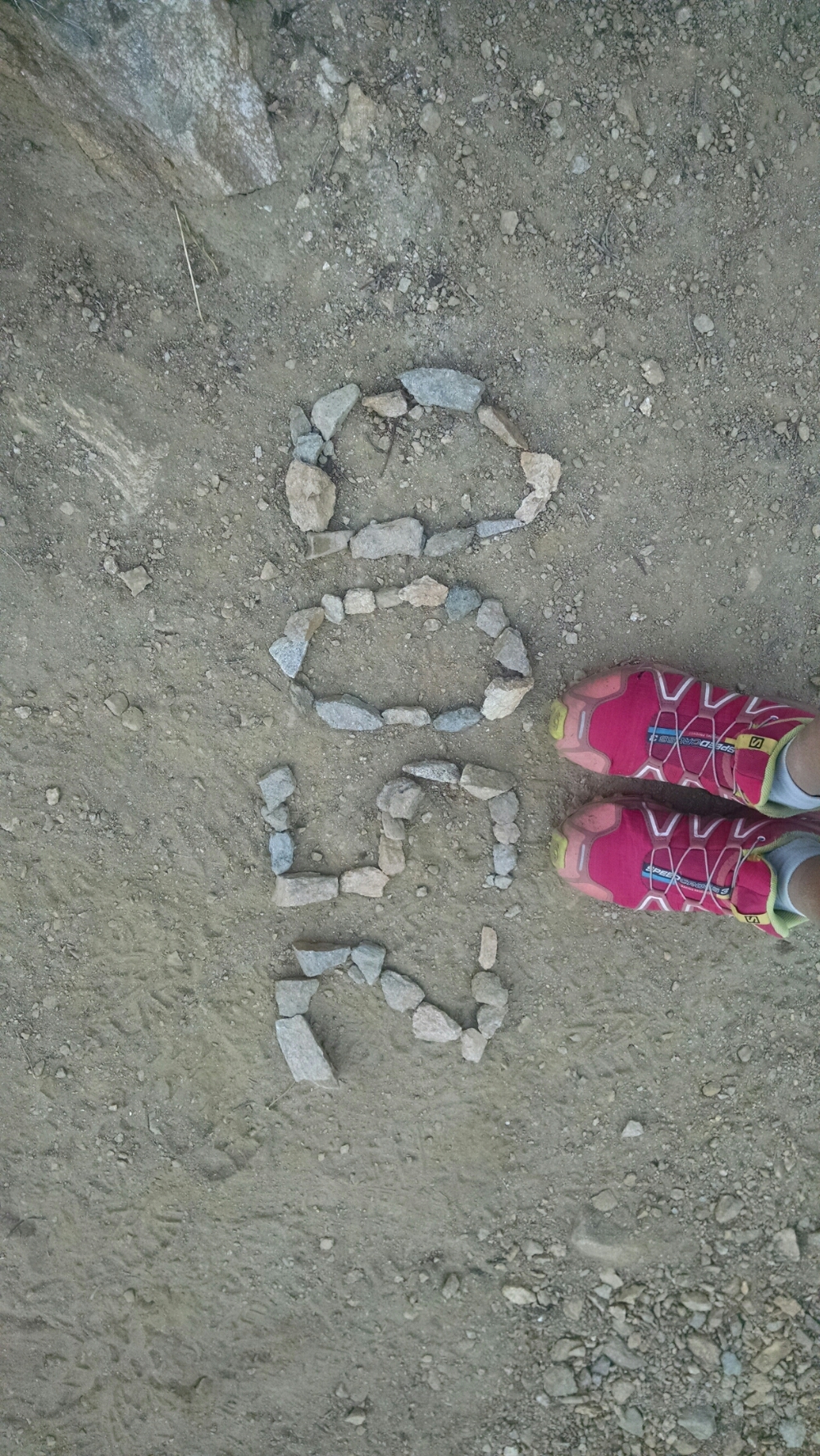 2,500 miles! Just thinking about how far that is boggles my mind. I can’t believe I have walked that far. And in 122 days.
From that ridge, I passed into another treeless bowl then made my way down to a creek and my home for the night. 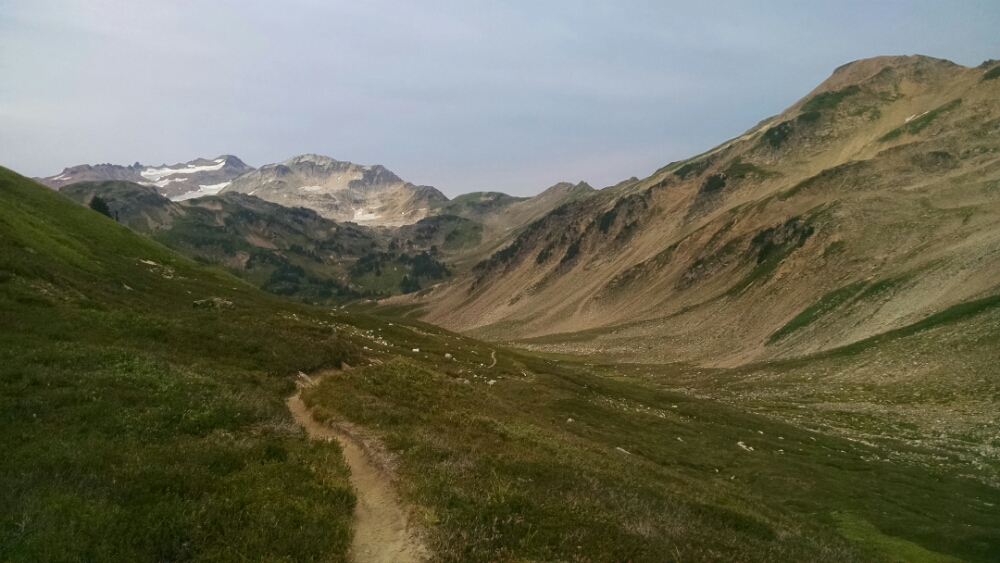