On August 4, I awoke early and was on the trail by 5:45 am. I had a few pleasant, flat miles to walk along the  Suittle River, among an old growth forest. The trees, some of which are over 1,000 years old, towered above me and I could not see their tops. I was a warm and peaceful morning which made me glad to be alive and healthy.
In a few miles I came to a large steel and wooden bridge and crossed to the other side. There was a trail junction and notices about the fire closure posted near by. It was suggested that all hikers take the trail right miles to a parking lot and try to hitch a ride to Rainy pass. By doing this, one would miss nearly 40 miles of the PCT even though only 15 miles were closed. I determined to hike as much of the PCT as possible so I continued up the trail, even if I had to back track later. The trail was closed at a pass and I wanted to get a view of what I would be missing.
After three hours of climbing, I reached the trail closure and looked out. I saw no evidence of fire; I could neither see nor smell smoke.
I reasoned that even if the trail was closed, the wilderness area was still open so I decided to explore a bit more, telling myself that I would turn around at the first sign of danger.
I made my way down the first valley and was greeted with spectacular views. 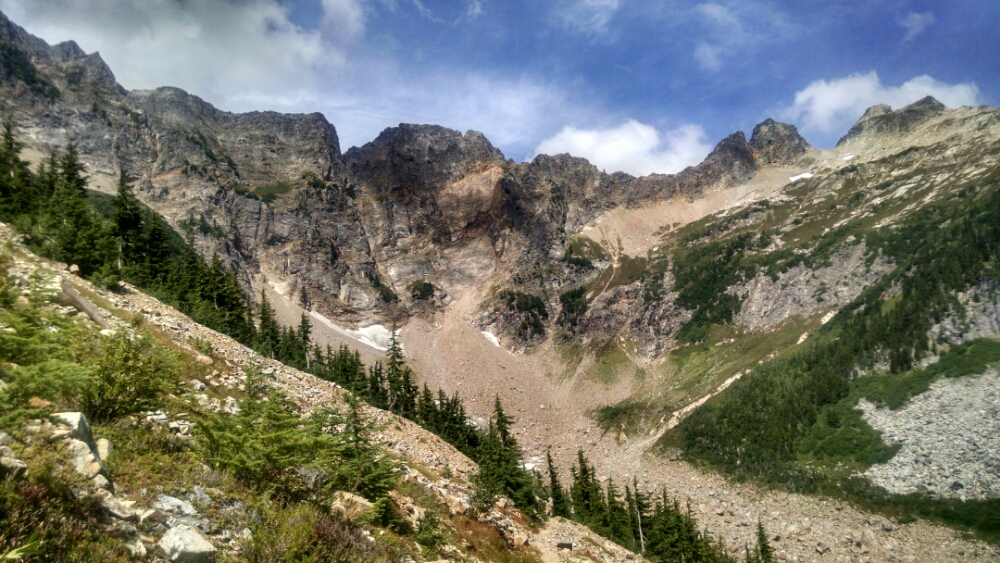 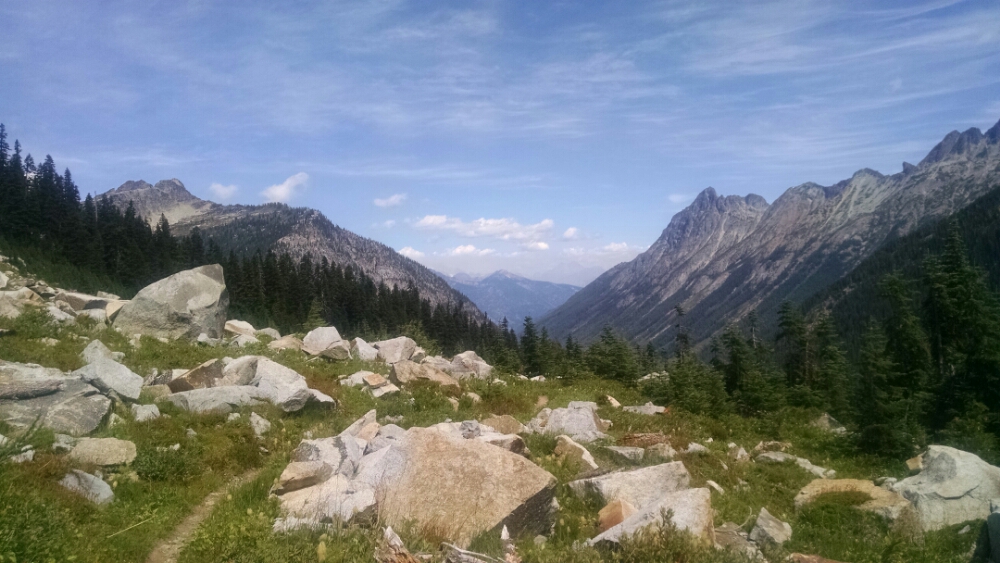 The sky was blue, with just a few wisps of clouds, a perfect day. All down that valley and the next one, I kept on the alert for fire but didn’t sense anything. When I got to the valley floor, I crossed Agnes Creek on a log bridge and followed the river for several miles.
Through the trees, on the other side of the river, I started to see a bit of smoke and smelled fire. It was far away and no threat, but I stayed on my guard. As I drew nearer, there was more smoke but it was isolated in just a few places. This is what it looked like at the worst, and most of that was caused by a slight breeze moving the smoke. 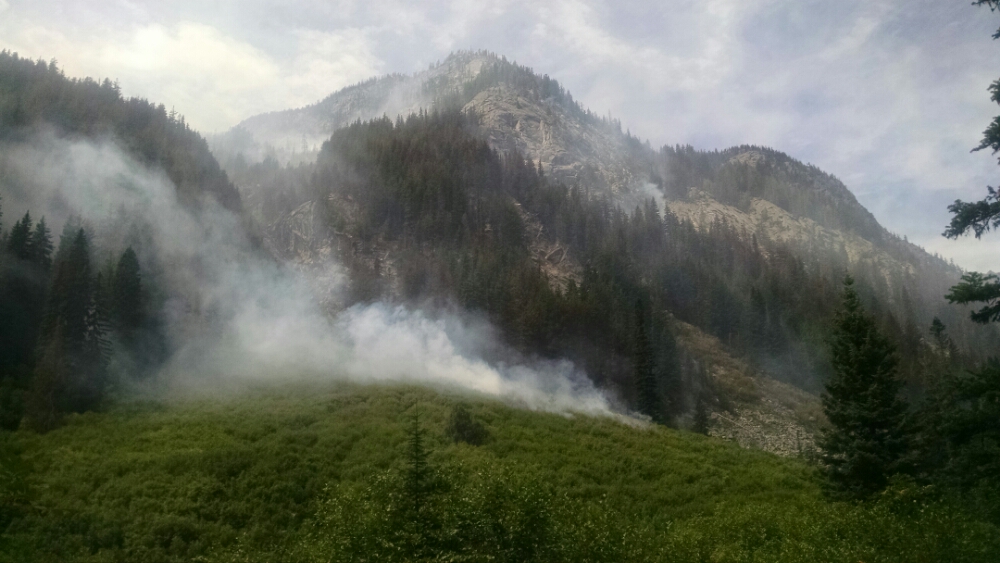 In another mile I was past the fire and didn’t smell any more smoke. Sure, I had taken a calculated risk, but everything had worked out and I got to see an amazing valley and bowl that most other hikers will miss this season.
When I got out of the closed area I took a break and checked where I was. I had 5 miles to High Bridge, where I could catch a bus into the town of Stehekin, my last resupply point. The last bus came in two hours. It was all down hill. I made up my mind, packed up my stuff, and hiked as quickly as possible. I entered North Cascades National Park along the way, but was mostly in a heavy forest without many views, except for those of the river. 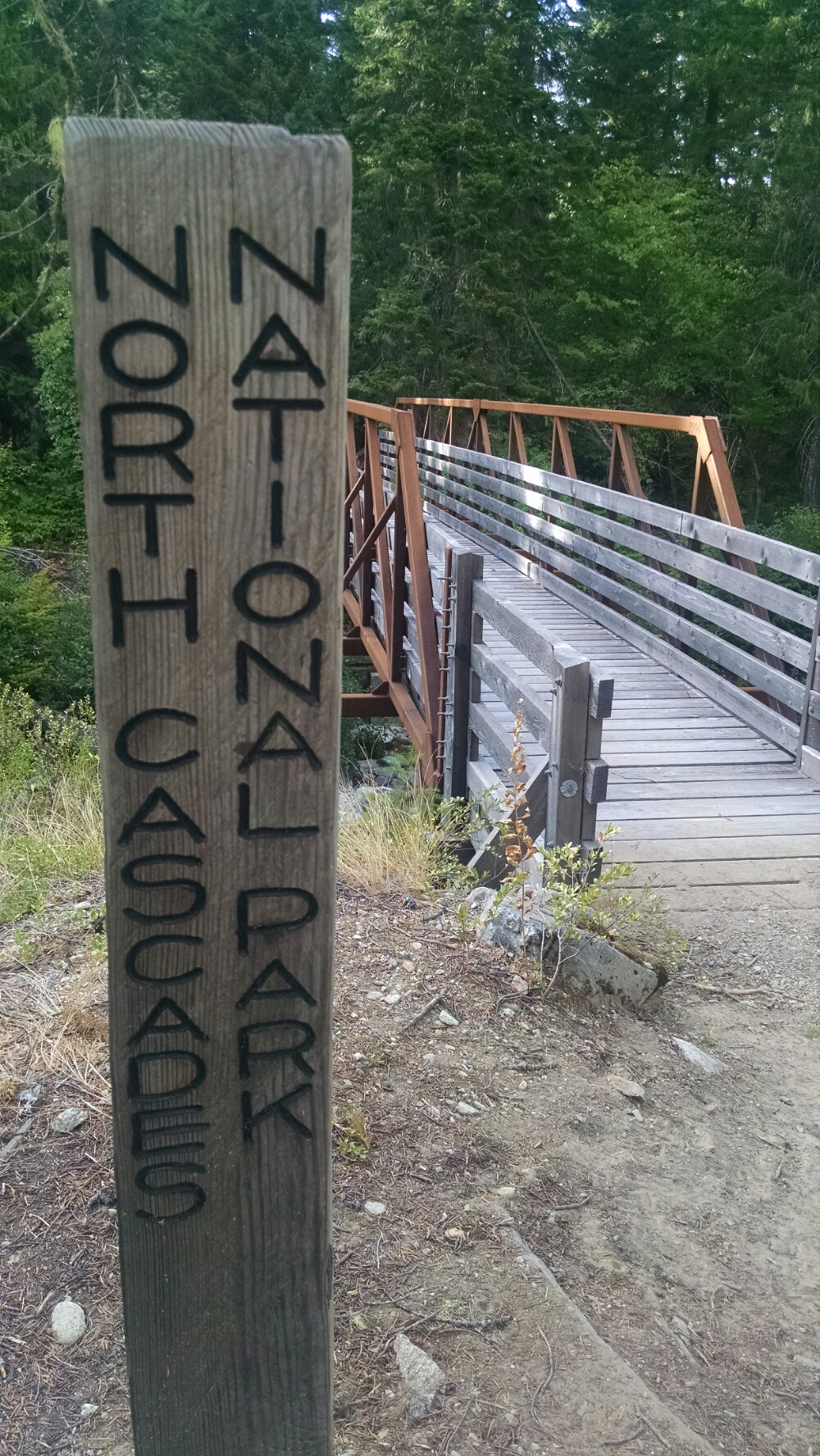 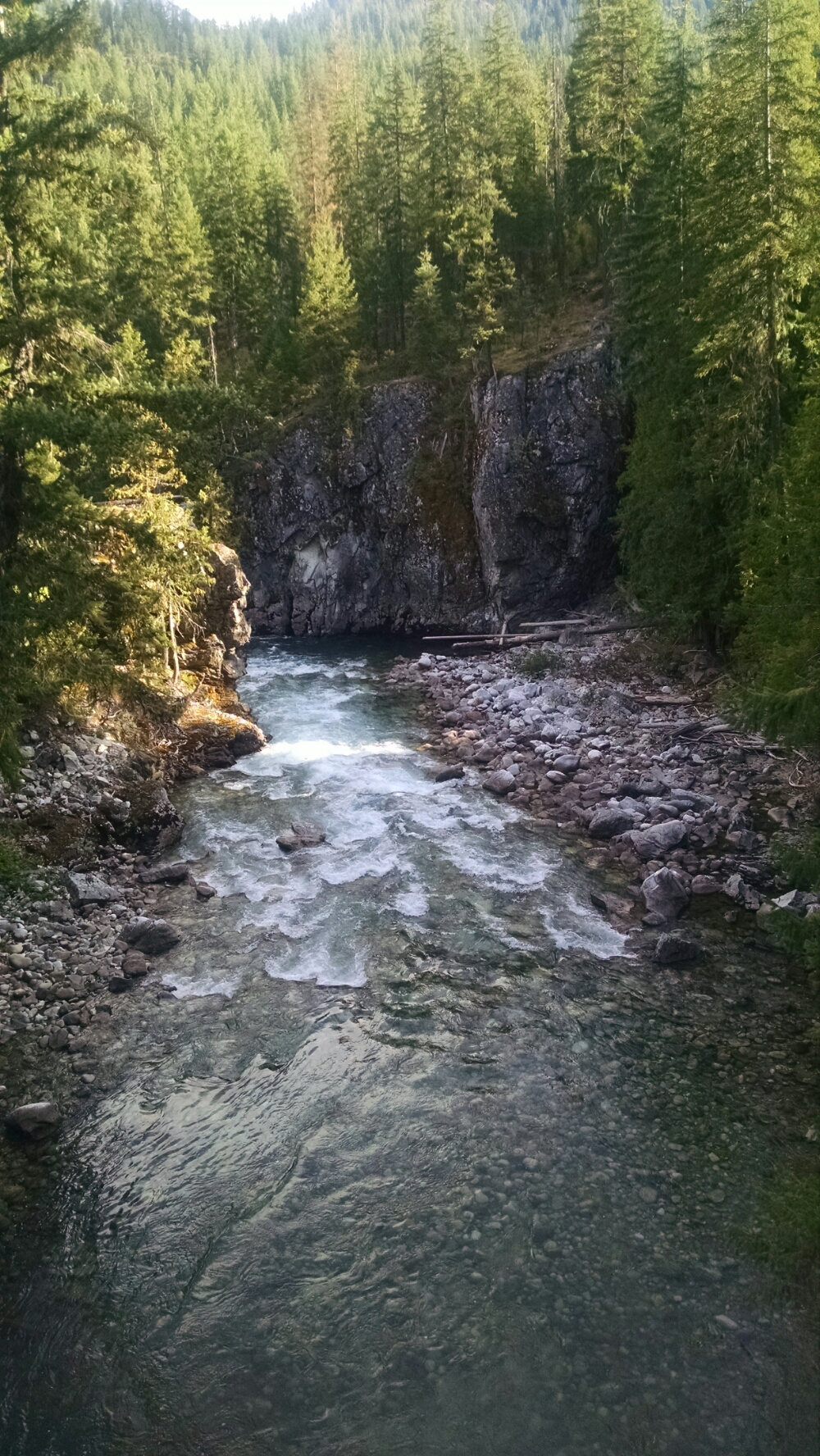 I walked at nearly 4 miles an hour for five miles and had plenty of time to spare before the red bus came. 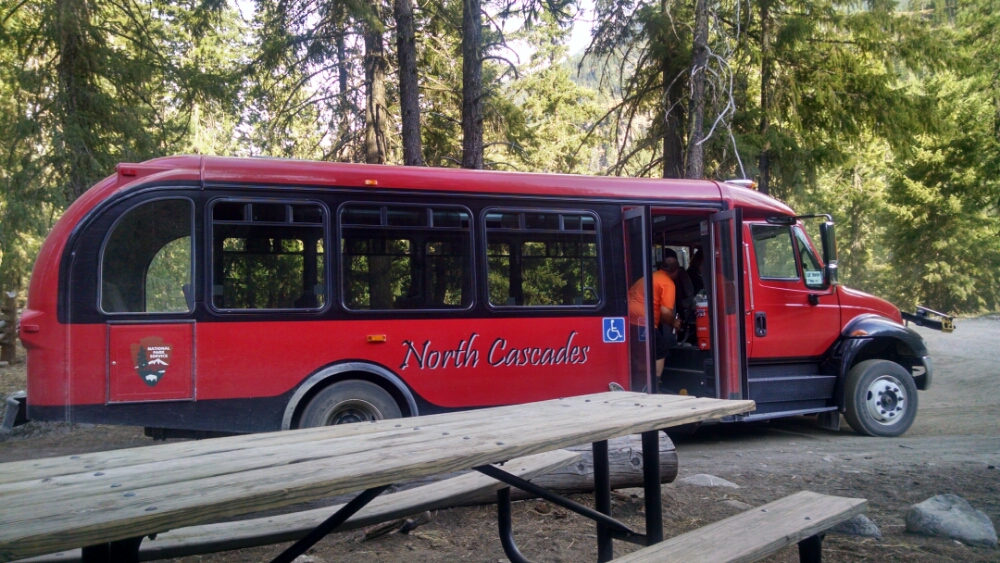 The ride into town took 45 minutes along the 11 mile dirt road. When we reached the shores of Lake Chelan, where Stehekin lies, I was struck by the wild fire raging on the hillside across the lake. 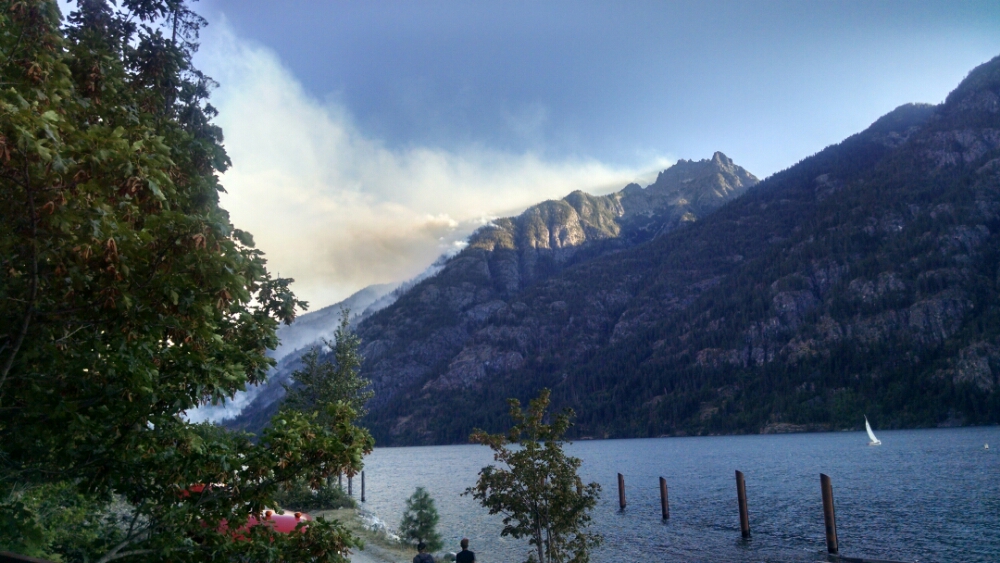 I could see trees on fire and two helicopters dropping water on the fire. I watched this spectacle for an hour while I ate dinner, then got on with my chores. I slept in the campground on the edge of town that night.