In my resupply box at Big Lake, I got my rain jacket, gloves, and fleece top back and not a moment too soon! As we approached Mt. Jefferson, a cold front came through with biting cold wind and heavy fog. I put on my puffy, gloves, and rain jacket and wore them for most of the day.
I think there might have been some nice views, but they were obscured by the fog. We did have one river crossing that was slightly harder than stepping across. I scrambled over some rocks and hardly got my feet wet. Fox had his camera ready in case Rocky or I took an accidental swim but neither of us did. 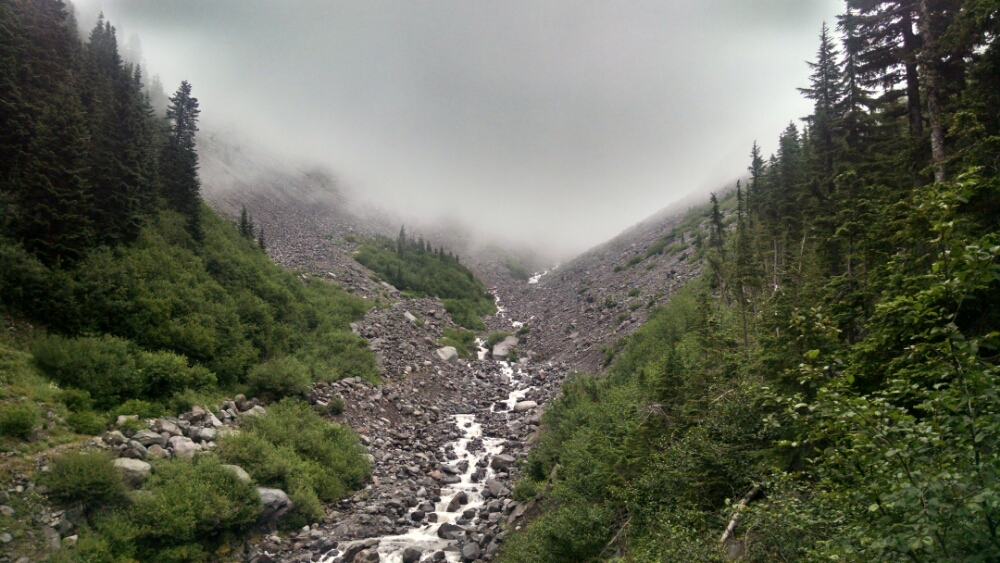 We walked along some foggy, windy ridges for most of the day, then entered Jefferson park where we met many hikers. The picture below is not Mt. Jefferson, which was mostly blocked by fog. I saw most of it for a brief moment, but only caught it with my camera. 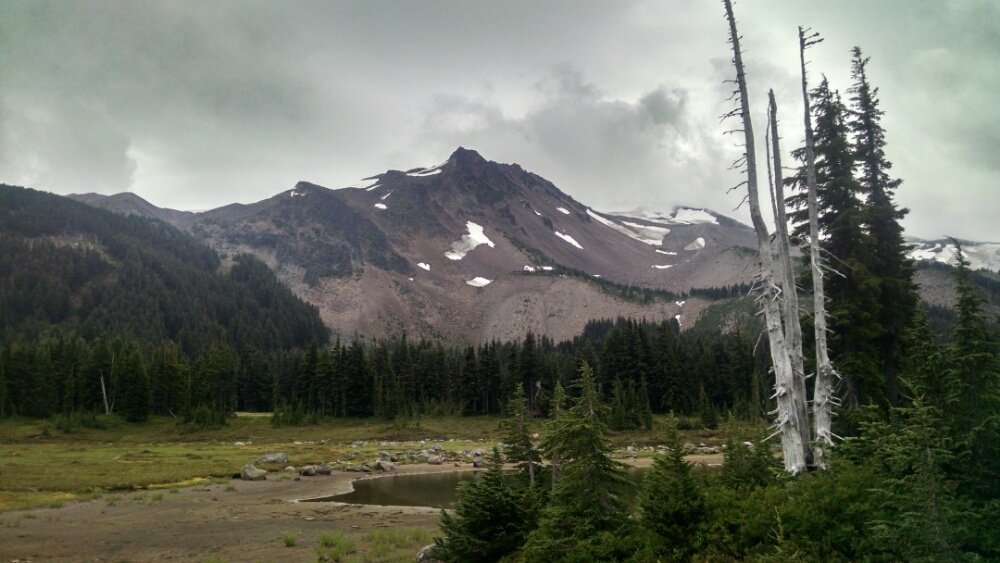 In the late afternoon we made a slight detour to Ollalie Lake Resort where we got a cold drink and snacks. It was the fourth day in a row where we had “real” food (I.e. not trail food) and we were getting spoiled. I celebrated my 100th day on the trail with pretzels and a kit kat.
The long break revived me and we busted out nine miles in two and a half hours before making camp near a creek.